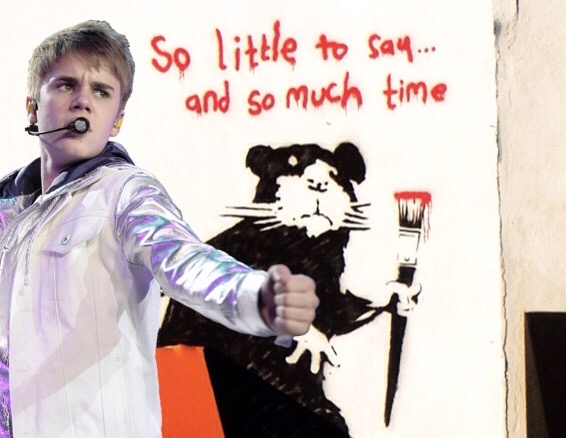 Human beings are weird. I know I’m supposed to say that we’re ‘complex’ and ‘beautiful’ etc etc and we are, we really are, but I just spent my 7th annual weekend at Lovebox festival and on reflection, that was a lot of human beings in one place being pretty weird. Myself included.

Homo Sapiens evolved from apes, or at least we shared an ancestor 6 million years back, or some genetic similarities to a chimp, or something (while reading this please bare in mind I was at Lovebox. And today is Wednesday. WEDNESDAY) and although we can be solitary creatures there is definitely a pack mentality within the human species akin to that of the animal kingdom.

This thought crosses my mind from time to time but usually when I’m out raving and especially when I’m raving at a festival.

On the Friday afternoon, I stopped for a minute and watched as hundreds of people threw their bodies about to beats and rhythms all in their own individual way, but as part of a heaving dirty mass, some as part of a pack, and I thought to myself – this is proper weird.

Then Skepta came on and my focus went entirely from my head in to my body. I had a skanking tantrum. For 2 minutes and 33 seconds, it was an absolute SHUTDOWN.

I love to dance.

Not with the same obsessive commitment of a ballerina or member of Diversity, I mean, who’s got the time? But as the most freeing expression of my body. I fucking love having a skank. Especially with my mates.

Here’s some animals that also love a skank.

And here’s some that like to get on it too.

Having re-grouped after a toilet/bar break, my pack moved with instinctual purpose through the herd of shufflers emptying canisters of Nitrous oxide in to their lungs and joined other packs similarly migrating from the Big Top tent to the main stage to watch the headline act. Here the dusty planes of Vicky Park became a landscape of ravers, euphoric in unison, as Rudimental rampaged on stage and taught us that Love ain’t just a word and that as a generation we truly had ‘had enough’.

Those words carried a heavier weight the following day.

The whole day felt like chasing for something you’re never quite sure you caught in the end.

As well as chasing the friends all day who’s messages you get on the following Monday – “Right of the sound stage in the spot for Annie where are you?!!!”

I was right there too ffs. Balloon deflation.

We arrive back home with the realisation that the night is going to be so much longer than wanted sinking in. My tired body slumped on the sofa. My voice dry and raspy. My mind going a hundred miles per hour. It’s 11.30pm. I blow my nose. The tissue is black with dust. If I’d had any moisture left in my body. I would have cried.

We talk about everything and nothing while flicking through the music channels. My best mate decides she has to play cards. There are no cards in the house. She spends the best part of the following hour making a complete set out of primary coloured card. It was both torturous and mesmerising to watch. Almost as torturous as the repeatative ‘we should do the washing up’ conversation post Born n Bred festival. Which also took place during a game of cards.

(After extensive discussion. We did the washing up).

I force myself to eat a ham and pineapple pizza, that despite taking what I was certain at the time was over an hour in the oven is somehow well underdone. I hope in vain that ingesting carbohydrate will somehow reverse the inevitability of the ever looming Sunday ahead.

At approx 2am, after an extended game of black jack I retire to the bedroom by myself and listen to Justin Bieber on my phone. At this moment in my life, I honestly feel that Justin Bieber is the appropriate choice of music. I listen to four of his songs on repeat. It’s a jarring loop but I don’t feel I have the power to do anything about the situation once I’m in it. At about 3am my friend’s sister comes in.

Yes, yes it is. I rejoin the living room.

My best mate is lying on the floor with her arms outstretched.

“I promise you, the length from the end of one arm to the other is the exact measurement of your body from head to toe”

At what time my dusty head hit the pillow for sleep I’m not entirely sure, but I do know that it was light outside, and that we had watched a documentary on Banksy in New York. The only thing I can tell you about it is that one of the Americans kept pronouncing it ‘Banksky’. More jarring than Bieber.

The following day we lay broken on sofas and under bedding watching Nev and Max uncover a Catfish of a three year relationship that turns out to be the girl’s best friend’s baby daddy. Rah.

The Art and Craft of Blogging

The latest news on WordPress.com and the WordPress community.

delivered directly to my computer monitor on an all too regular basis...

A little about everything, a lot about nothing.

I guess I'll go ahead and count the ways.